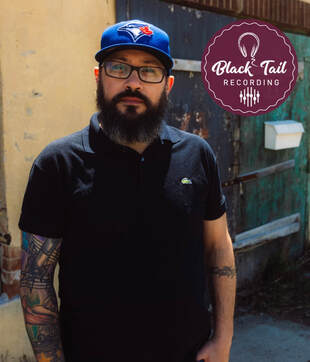 Influenced by Michael Jackson's "Thriller" as a child, music played an important role in shaping Mike DeFaria's life.
His love of music grew as the years went by. Mike played in local bands and filled in as a session/live player. While touring with local acts, he started getting involved in the production process of his records. It was then that Mike decided to dedicate his life to music.

Mike's subtly intricate signature recording/mixing style carries the listener through each track to create an experience that can be felt rather than simply heard. This complex and all-encompassing style is woven through Melotika's debut EP. He approaches each project with sincere interest and passion, creating a unique recording experience for each artist. With each track, his thirst for knowledge continues to grow and his unique style evolves with time. His services are open to corporate clients and to artists of any genre; his passion for recorded audio knows no limits.